What are the myths of Post-9/11 military service—who fights, why, what are the impacts and burdens of service, including for societies in the Middle East? Fewer than one percent of Americans serve in the military and only seven percent of Americans are veterans. With such a small percentage of Americans making up our military community, most Americans don’t know much about military culture, and/or their dedication to service and country. Thus, they may rely on portrayals of our veterans in the media or online--increasing stereotypes and myths about the military community, deepening the divide between the two cultures. How can people support our military if they don’t understand it? It is said that stories bind us, however, with such small numbers of veterans/military – how can these stories be told?

In this new Working Group, we focus on sharing stories about belonging, transition, knowledge, diverse communities of service, and divergent perspectives to bridge the rising civilian-military divide in Post-9/11 U.S./American culture. We develop interdisciplinary, humanities-based dialogues to probe myths about war and military service in texts, public culture, and among individuals’ stories to enrich Central NY campuses with research, collaboration, and teaching about veterans on campus.

There is a robust tradition of modern literary writing and criticism of war, including Phil Klay’s fiction and nonfiction, as noted in our epigraph. But while many CNY Corridor campuses have worked hard to recruit military veterans, few academic spaces in the humanities exist for collaborators (faculty, students, and staff) to critically reflect upon and share divergent stories, experiences, and myths about war.

Programs will include regular inclusive dialogue and reading groups and the co-writing of creative and research projects (creative works, critical reflections on existing war writing, research briefs, oral archives to be housed at the National Veterans Resource Center). 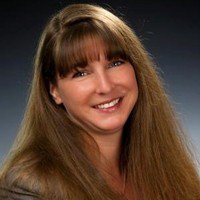