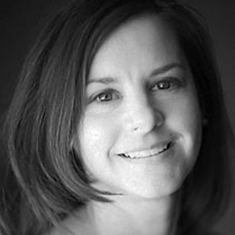 Jenn is an assistant professor in the School of Photographic Arts and Sciences at Rochester Institute of Technology. She joined RIT following nearly five years at the White House, where she served as a picture editor and deputy director of the Photo Office under President Barack Obama.

​She began her career in as a photo assistant with the Associated Press in New York and later worked as a picture editor covering national, international, and sports news. Jenn later joined U.S. News & World Report as an assistant picture editor handling national and political news. She went on to serve as the picture editor of the Nation section and deputy director of photography at the magazine.

Jenn was awarded a John S. and James L. Knight Fellowship at Ohio University’s School of Visual Communication where she taught picture editing and completed her master’s degree in multimedia and newsroom graphics management. She was selected as a member of the 2017 Women’s Executive Leadership Program​ at the Impact Center and has also served on the faculty of The Kalish Visual Editing Workshop since 2015.​ She is a graduate of Syracuse University's S.I. Newhouse School of Public Communications.