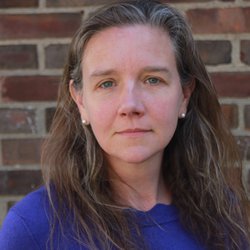 Professor Doughty’s is pursuing two current research projects at the intersections of legal and environmental anthropology. The first Threats to Power, examines the intersection of energy politics and post-genocide reconstruction in Rwanda through a focus on methane extraction in Lake Kivu. This ethnographic research, conducted in a series of fieldwork visits between 2016-2019, was funded by grants from the Wenner Gren foundation and National Science Foundation, and writing will be funded in part by a Wenner Gren Hunt Postdoctoral Fellowship. Initial findings have recently been published in Cambridge Journal of Anthropology and African Studies Review. This work builds on Prof Doughty's first book project, Remediation in Rwanda:Grassroots Legal Forums (University of Pennsylvania Press, Ethnography of Political Violence Series, 2016), which was driven by an interest in understanding how the contemporary global preoccupation with law and human rights as universalizing frameworks for post-conflict reconciliation shape people’s own efforts to rebuild their lives in the wake of violence. The book examines the intersection of law, rights, and collective belonging in post-genocide Rwanda. It was based on 18 months of ethnographic research with grassroots legal forums in Rwanda, including genocide courts (gacaca courts) in which suspects from the 1994 genocide were tried among their neighbors before locally elected judges, as well as mediation committees for ordinary disputes (comite y'abunzi) and a legal aid clinic. Prof Doughty has also researched and/or written on memorialization and education in Rwanda, and on the International Criminal Tribunal for Rwanda.

Professor Doughty is also pursuing research on the everyday impacts on mass incarceration in upstate New York, in collaboration with the Rochester Decarceration Research Initiative (RDRI). The "Cultural Politics of Prison Towns" is a collaborative ethnographic research project and undergraduate course, co-taught with Prof Josh Dubler, that seeks to denaturalize Rochester's location in the center of the upstate carceral complex. This project is supported by a 3-year National Science Foundation Cultural Anthropology Senior Researcher award (2021-2024). The project ethnographically examines how high saturation of prisons, jails, and federal immigrant detention facilities in the Rochester area shapes the region, including local notions of justice, citizenship, and punishment. Doughty also teaches college anthropology courses inside correctional facilities as part of the Rochester Education Justice Initiative including at Attica ('21), Groveland ('21), Albion ('19) and Five Points Correctional Facility ('18), .