The “Music Theory Examples by Women” Working Group seeks to explore and extend the presence of female composers in music theory curricula and to support and engage other scholars and students working in this area around the world.

In collaboration with Fourscoreandmore, founded by Mark Gotham (formerly of Cornell University and now an external member), we seek to democratize access to music theory with free access to digital-age resources for teachers and students. This year, our goals were to continue developing work done in conjunction with Fourscoreandmore and to promote the scholarship and performance of music by women.

Two events coordinated with Fourscoreandmore were the Scores of Scores international crowdsourcing of score encodings and an analysis-a-thon. These events continue our work in two ways: (1) to expand on the existence and availability of scores by women in computer-readable formats that enable easy, efficient, and versatile inclusion into classroom activities; and (2) human analyses of those scores to the same ends. In previous work, Music by Women (formerly: http://musictheoryexamplesbywomen.com/) has acted as a focus for international attention to this matter, and Fourscoreandmore has begun the process of encoding and analyzing.

Each year, through events timed to coincide with International Women’s Day, we coordinate a particularly intense extension of this score encoding effort and performance of works by women composers from our base in the CNY Corridor at Cornell-Eastman. Two additional activities, “A Voice of One’s Own: The Cornell Vocal Program Celebrates International Women’s Day” (hosted by Cornell University) and the Florence Price Symposium (hosted by the Eastman School of Music, University of Rochester) expanded our mission to promote scholarship and performance of music by women considerably. 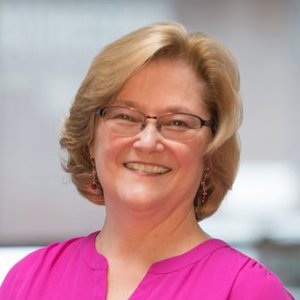 Minehan Family Professor, and Professor of Music Theory at the Eastman School of Music, University of Rochester 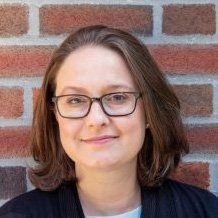 Collaboration with Fourscoreandmore: Scores of Scores and Analysis-a-Thon Our score corpus has expanded considerably. The collection now includes songs not only in English, German, and French, but also Swedish (several songs by Helena Munktelland Laura Netzel), Italian (Gabrielle Ferrari), Hawaiian (Liliuokalani's ‘Aloha Oe’), and Brazilian Portuguese (Chquinha Gonzaga). The corpus now contains over 1,300 individual songs by 105 composers of which 59 are female (46 male). These have always been hosted publicly under the maximally permissive CC0 on MuseScore.com where they have attracted tens of thousands of uses (downloads, plays, etc.). Additionally, there is now a Github ‘mirror’ for the scholarly community; the publication announcing this mirror won the Music Encoding Conference 2021 Best Poster Award (https://doi.org/10.17613/1my2-dm23).

Buoyed by the success of encoding the Lieder, we have begun the task of creating a similar collection of string quartets – again selected partly based on the potentiality for positive work to be done in this area in terms of highlighting works by women composers. The total number of scores is lower for two reasons. First, is the length of the works: quartet movements are typically much longer than songs. Second is the complexity of the task: the quartets we are transcribing are only available in manuscript and require real, scholarly editing to bring them into a usable state. This latter issue is closely connected to their origin as works by women and the practical challenges of getting those works edited and published professionally in the past. We take great pride in taking on those challenges and bringing these works out into the public domain, some for the first time since their creation over 150 years ago.

The collection of analyses also continues to grow and provides the basis for significant public-facing resources, not least being the Open Music Theory Anthology, which draws together hundreds of repertoire examples for various musical topics in a convenient resource, again linking the encoded scores: https://viva.pressbooks.pub/openmusictheory/chapter/anthology-harmony/.

This year, we expanded the analysis task remit to encode analyses of a different kind, focused not on the harmony, but the melodic and motivic content. This was a first-time, experimental venture. As such, we limited the number of participants to facilitate real-time group analysis and discussion led by several group leaders on Zoom. It was highly successful and led to public-facing resources that will follow soon and feature prominently in our 2022–2023 report.

A Voice of One’s Own: The Cornell Vocal Program Celebrates International Women’s Day:

‘Four Score and More’ is a social enterprise founded in 2018 which is dedicated to providing high-quality, digital resources for the teaching and learning of music, particularly music theory.