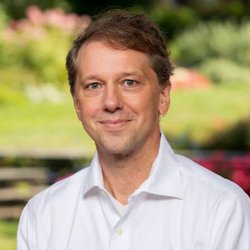 Professor of Comparative Literature and German Studies as well as the Taylor Family Director of the Society for the Humanities, Paul Fleming has published monographs on Exemplarity and Mediocrity: The Art of the Average from Bourgeois Tragedy to Realism (2009) and The Pleasures of Abandonment: Jean Paul and the Life of Humor (2006) along with edited volumes on Hans Blumenberg, Siegfried Kracauer, the scholars around Stefan George, and Ulrich Peltzer. His translation of Peter Szondi’s Essay on the Tragic appeared in 2002 and of Hans Blumenberg’s Care Crosses the River in 2010. He is currently co-translating Blumenberg’s The Saint Matthew Passion for Cornell Press as well as completing a book-length project that examines the use of the anecdote in and as theory with respect to questions of exemplarity, evidence, history, and rhetoric.

Fleming’s teaching and research interests include eighteenth and nineteenth century German and European literature, especially the novel; aesthetics and hermeneutics from 1750 to the present; Critical Theory; the relation between narration and knowledge. He is co-editor of the book series Paradigms: Literature & the Human Sciences in de Gruyter Press as well as of the series Manhattan Manuscripts in Wallstein Press. He serves on the boards of Cornell’s Signale book series, diacritics, and New German Critique.