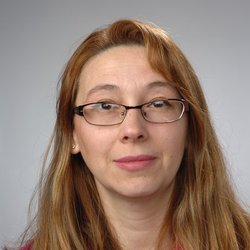 Professor Ticio’s research areas are syntax, semantics, and first language acquisition. Her main line of research has focused on the structure of nominal expressions in Romance languages and particularly in Spanish. Among some other topics, she has examined in detail the parallelism between nominal and clausal structure, the possibility of movement in the nominal domain and its locality, the cliticization processes and ellipsis, and the distinction argument/adjunct in nominal expressions. This line of research has led to several papers, book chapters, and conferences on the topic and to a research monograph. Since her arrival to Syracuse University in August 2009, she has also initiated a series of pilot studies to examine the acquisition of some aspects of nominal expressions by children acquiring simultaneously English and Spanish as their first language in the Syracuse area, following the Syracuse University Chancellor’s vision of Scholarship in Action. She has recently published a Spanish-English longitudinal database in the international database repository CHILDES (Child Language Data Exchange System), and is involved in the creation of a larger Spanish-English longitudinal database to support research in the Spanish-English bilingualism field.