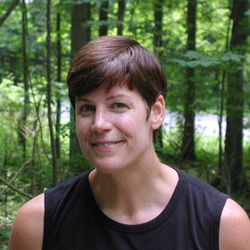 Author of two books, Another Reality: Metamorphosis and the Imagination in the Poetry of Ovid, Petrarch, and Ronsard and Hermaphrodites in Renaissance Europe, and more than fifty articles and book chapters, Kathleen Long now focuses her work on early modern theories of gender and of non-normative corporealities. Her particular interests are in the relationship between gender, bodily, and behavioral norms and early modern theories of political order, as well as the circulation of very different ideas concerning natural variation’s crucial role in human survival and thriving. She teaches courses on disability studies, religious violence in literature from the crusades to the Algerian War of Independence, and monsters. She is the editor of three volumes: High Anxiety: Masculinity in Crisis in Early Modern France; Religious Differences in France; and Gender and Scientific Discourse in Early Modern Europe, and co-editor for a series on Monsters and Marvels: Alterity in the Medieval and Early Modern Worlds (Amsterdam University Press). Her current projects include a translation into English of The Island of Hermaphrodites (L’isle des hermaphrodites), a monograph on literature in the wake of the French Wars of Religion (Bringing up the Dead), and a study of early modern theories of disability and gender difference, The Premodern Postnormal.