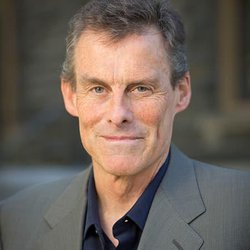 Whitman's main interest is the problem of language variation: its limits (how much specific subsystems can vary across languages) and predictors (what typological features co-occur systematically). Exploration of this general problem has led him to work on historical linguistics and language acquisition in addition to his central interest in synchronic syntactic variation across typologically similar languages.

He works mostly on Japanese, secondly on Korean. He has also done research on Australian languages and German. In the general area of syntax, Whitman has been involved in the configurationality debate, an ongoing discourse which began 15 years ago with the widely held assumption that languages may vary radically in the degree of articulation of their syntactic structure. A truly remarkable result of research on this topic is that variation is much more limited than syntacticians were once willing to believe. Most recently, he has worked on the relationship between phrase structure and word order, structural universals in relative clause structure, and crosslinguistic parallels in rightward movement.

In the area of historical phonology, Whitman has recently completed work on the development of verbal conjugations in Japanese and Korean and their relation to transitivity. He is interested in the typological implications of developments like these, as well as their factual implications for the history of these two languages. His interests in Japanese historical linguistics are summarized here.