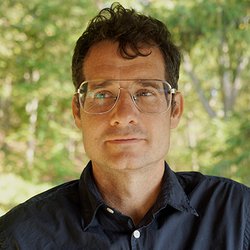 Cooper Battersby (b. 1971, Penticton British Columbia, Canada) and fellow faculty member Emily Vey Duke (b. 1972, Halifax Nova Scotia, Canada) have been working collaboratively since 1994. They work in printed matter, installation, curation, and sound, but their primary practice is the production of single-channel video.

Their work has been exhibited in galleries and at festivals in North and South America and throughout Europe, including the Walker Center (Minneapolis), the Banff Centre (Banff), the Vancouver Art Gallery (Vancouver), YYZ (Toronto), the New York Video Festival (New York City), the European Media Arts Festival (Osnabruck), Impakt (Utrecht), and the Images Festival (Toronto). Their tape Being Fucked Up (2000) has been awarded prizes from film festivals in Switzerland, Germany, and the United States. Bad Ideas for Paradise(2002) was purchased for broadcast by the Canadian Broadcasting Corporation and for the libraries at Harvard and Princeton and has won prizes from the NYExpo (New York City) and the Onion City Festival (Chicago). I am a Conjuror (2004) has received prizes from the Ann Arbor Film Festival and the Onion City Festival.