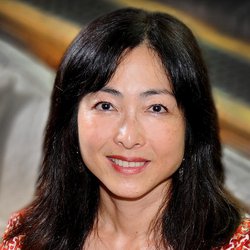 Kyoko Omori’s research focuses on 20th-century Japanese popular culture, with an emphasis on interwar film and magazines, as well as on post-WWII Occupation Period radio shows. She has been a core member of the Digital Humanities Initiative at Hamilton College since 2010 and has been working on a digital archive, “Benshi: Silent Film Narrators in Japan”, that ties literary and cinematic analyses together through an examination of benshi performance.

In addition to benshi, Omori has also published numerous articles on a wide range of topics, including Japanese modernism and detective fiction, the development of Occupation-period radio shows, and the diaries of Higuchi Ichiyo, who was the first prominent woman writer in modern Japan. Her research has been supported by the Japan Foundation, SSRC/JSPS, the International Research Center for Japanese Studies (Nichibunken), the Prange Collection of the Miller Center for Historical Studies at the University of Maryland, the Hakuhodo Foundation, the Freeman Foundation, and Hamilton’s Digital Humanities Initiative. Omori was also trained in language pedagogy, and she received the national Hamako Ito Chaplin Award for excellence in teaching Japanese.