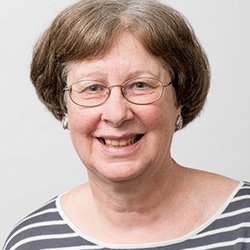 Joan Shelley Rubin is an an American cultural and intellectual historian with a focus on the late nineteenth and twentieth centuries.  Broadly speaking, she is concerned with the values, assumptions, and anxieties that have shaped American life, as reflected in both high culture and the experiences of ordinary people.  Rubin's research has focused in recent years on the history of reading: her book Songs of Ourselves:  The Uses of Poetry in America (Harvard University Press, 2007), for which she received a Guggenheim Fellowship, explores how readers made meaning in the past.  Additionally, Rubin has also published a book of essays titled Cultural Considerations; the pieces in that volume address the activities, in the years following World War II, of literary critics and musicians who functioned as mediators of culture to the public.  Cultural Considerations is in some respects a continuation of her work on cultural mediators in the interwar period, The Making of Middlebrow Culture (University of North Carolina Press, 1992).  Other projects have included co-editorship of the Oxford Encyclopedia of American Cultural and Intellectual History and her contributions to A History of the Book in America as both author and editor. She has also written a book about the critic and cultural historian Constance Rourke.  In 2016, Rubin became the Ani and Mark Gabrellian Director of the University of Rochester Humanities Center.